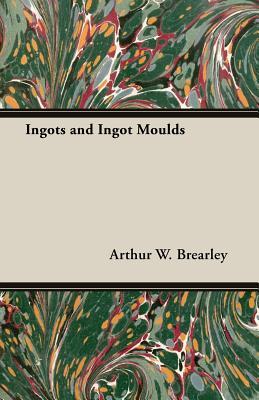 During the few years the 11s. sheets have been so used, they have been freely criticized by capable men whose business it is to make steel ingots. During the same period a number of opinions held tentatively have been confirmed by oftrepeated experiments made on a commercial scale in different steel-works similarly, a number of opinions have not withstood criticism and further experiment, and have therefore been modified. Incidentally the authors are less confident than formerly that they are qualified to elucidate the art of ingot making. They have frequently failed to interpret observations correctly, and have also misapplied facts.

They can hardly hope, therefore, that the following pages are free from error, and they offer the book only as an imperfect contribution to a difficult subject. They have tried to write plainly without being offensive, and for the sake of clearness they have sometimes assumed simplified conditions which do not occur in practice. It has been objected to the use of stearine wax as an experimental material for indicating approximately what may occur with steel ingots, that the physical properties of the steel and wax are different, as are also the relative r6les played by radiation, conduction, convection, pressure, temperature differences, occluded gases, segregation, etc.

The authors recognize that there may be something to be said for this objection, but makers of steel ingots are, on the other hand, very much impressed by the similarities in the behaviour of stearine and steel. Whilst the authors would notsuggest that experience with stearine entitled a man to call himself a steel-maker, they think is that those who are actually making steel ingots are not likely to go far wrong with stearine, or other low meltingpoint material, used as a means of illustrating and extending principles with which they are already familiar.

In making simplifying assumptions in order to arrive at general truths, the authors are following the practice of pure science. In the laboratory one may use whatever simplifications may be needed for separating out the factors of complex phenomena, but in applying ascertained truths to works practice one realizes that industrial processes start with a complexity which is always much greater than could be permitted in a laboratory experiment devised with the object of arriving at a clear answer to a simple question.

The book is intended especially for those who are interested in ingots and engaged in making them, and such persons may be expected to read it critically. The authors are greatly indebted to their colleagues, Frank S. Nicholds and J. H. G. Nonypenny, who have carefully prepared illustrations, read proofs, and compiled the index. They also appreciate very highly the kindly interest taken in their observations by Rlr. Robert Armitage, who has per nitted and also encouraged the authors to make large-scale experiments at Brown-Bayle ys Steel-works.